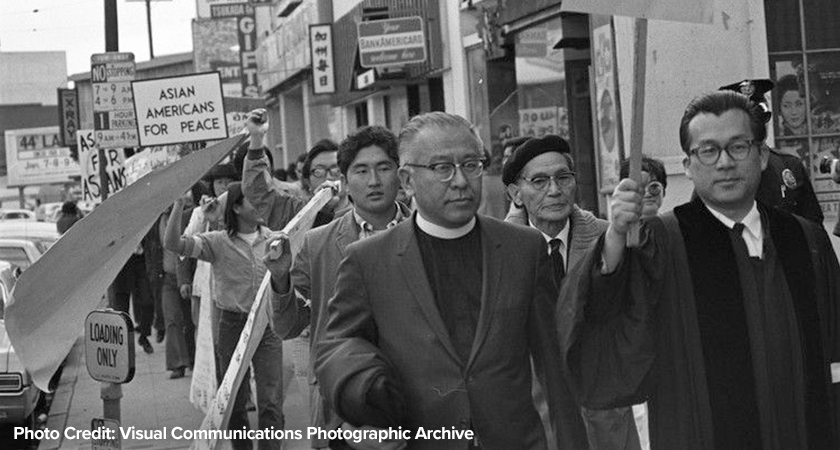 May 24, 2022 AANHPI Heritage Month: Why You Should Be Celebrating in Your Workplace—and How

The Rise and Growth of Asian Communities and Activism in the U.S.

AANHPI stands for Asian American, Native Hawaiian, and Pacific Islander, and that long name encompasses a huge group of people from multiple backgrounds, countries, and ethnicities. The U.S. Asian population is now a record 23 million Asian Americans tracing roots to more than 20 countries in East and Southeast Asia and India, and it is projected to reach 46 million by 2060. The six origin groups that make up 85% of all Asian Americans are Chinese, Indian, Filipino, Vietnamese, Korean, and Japanese. Almost half (45%) live in the West, followed by 24% in the South, 19% in the Northeast, and 12% in the Midwest. Asians are the fastest-growing racial group in the country.

The term “Asian American” was coined in 1968, by Berkeley students inspired by the Black Power Movement, and created as a replacement for the derogatory word, “Oriental.”  Emma Gee and Yuji Ichioka were graduate students at the time and needed a more suitable name for their student organization, which aimed at increasing visibility of activists of Asian descent. They saw the opportunity to propose a term to represent diverse groups of people of Asian origin.

There are other terms that are important to keep in mind when referring to people of AANHPI descent, especially as they continue to keep them from thriving. The “bamboo ceiling” was coined in 2005 by Jane Hyun in Breaking the Bamboo Ceiling: Career Strategies for Asians. It describes barriers faced by Asian Americans in the workplace, including discrimination, stereotypes, and racism, which make it difficult for Asians to break through to upper management. According to AAPI Victory Fun, only 3.1% of over 5,000 Fortune 500 board of director seats are held by Asian Americans. Nearly 80% of Fortune 500 corporations do not have Asian Americans on their boards. It’s critical to acknowledge the bamboo ceiling in order to break it and elevate Asian Americans to leadership roles and opportunities.

The other term is “model minority.” It was coined in 1966 by sociologist William Pettersen in his New York Times Magazine article, “Success Story, Japanese-American Style.” He describes how Japanese Americans overcame discrimination following World War II. While this term seems to position Asian Americans as successful, wealthy, hard-working, and smart, the model minority stereotype is problematic because it masks many of the struggles faced by Asian Americans, hiding anti-Asian racism while assuming that Asians do not need any help.

AANHPI Heritage Month and the Significance of May

There are no particular holidays from any Asian cultures at this time, so why choose May to celebrate the heritages that originate from 20 countries in the East? May includes two significant dates that involve the introduction and contribution of Asian immigrants to American shores. May 7, 1843, sees the arrival of America’s first Japanese immigrant. May 10, 1869, marks the completion of the First Transcontinental Railroad (IMG), whose long and treacherous build involved the labor of up to 20,000 Chinese workers.

The initiative to recognize AANHPI Heritage Month was spearheaded by Ruby Moy, an administrative assistant to a U.S. representative of New York; and Jeannie Jew, a former staffer on Capitol Hill and board member of the OCA-Asian Pacific American Advocates. They advocated for national observance of the community of Asian-Pacific Americans much like Black History Month and Hispanic Heritage Week. Jeannie, in particular, wanted to honor her great-grandfather, who contributed to the building of the Transcontinental Railroad.

• In 1978, a bill was introduced requesting that the week beginning on May 4 be designated as Asian Pacific American Heritage Week. The bill was passed and signed by President Jimmy Carter.
• In 1990, the week expanded to a month and was signed by Congress and President George H.W. Bush as Asian/Pacific American Heritage Month (IMG).
• In 1992, it was officially designated (IMG) as a commemorative month.
• In 2009, the name of the heritage month officially changed to Asian American, Native Hawaiian, and Pacific Islander Heritage Month (IMG) to include Islanders in the celebration to remember the challenges and celebrate the achievements that define our history. This was a proclamation announced by President Barack Obama in 2009.

How You Can Support Future Change

What actions can you, as an individual, an ally, or an organization take? For AANHPI individuals, actions include:
1. Give yourself permission to take mental health days

2. Make time to self-reflect
3. Educate yourself on AANHPI history
4. Find your voice and share your story

There are many ways to be a better ally:
1. Donate or intentionally bring your business to AAPI or AANHPI organizations to support the local communities and causes

a. Right To Be
b. Stop Asian Hate

2. Enroll in bystander intervention and allyship training or workshops
3. Check in with your AANHPI community
4. Follow AAPI leaders and organizations

a. Gold House: A100 List of API Leaders
b. Ascend: Pan-Asian Leadership A-List

As for companies, acknowledge what is happening so as to not continue business as usual. Do not be silent about what is happening in the world. People will think you do not care.
1. Support AANHPI-owned businesses
2. Create safe spaces and provide resources for your employees and actively support employee-resource groups (ERGs) and DEI committees. Consider implementing them if you do not have the resources already.

a. 8 Actionable Ways Organizations Can Support Asian Employees in Anti-Racism Work
b. Bring learning experiences to your workplace

Suzie Bao, Group Account Director, is a strategic marketing leader for top brands in financial services, telecom, automotive, technology and entertainment categories. She brilliantly connects brands to consumers by way of the advertising industry for over 20+ years.  In 2021, she became an Advisory Board Member for Asians in Advertising, a non-profit organization to further the AAPI community in the advertising industry. The other roles she plays in no particular order are mother, mentor, coach and speaker. 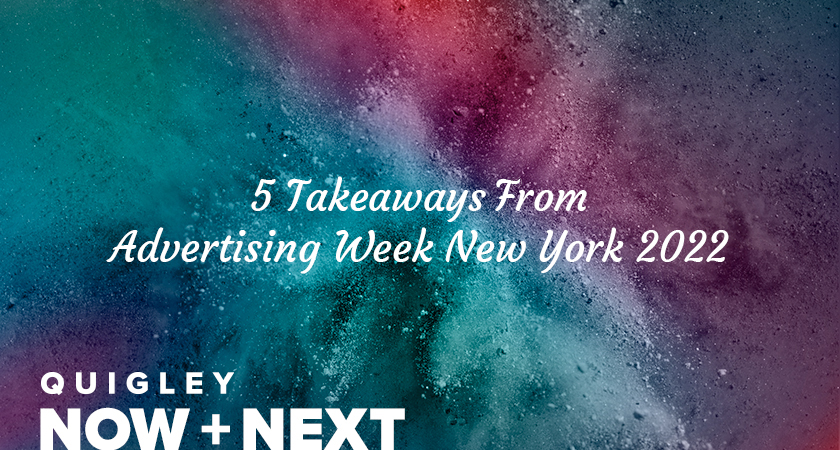 What industry leaders were talking about over a week of sessions [...] 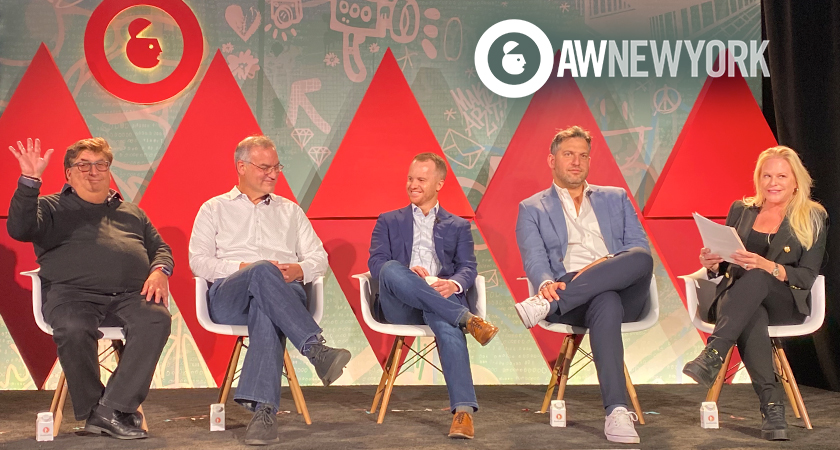 Previewing the Next Evolution of High-Impact TV

Carl Fremont sat down with leaders from University of Phoenix, Paycom, and KERV Interactive to discuss the ongoing evolution of interactive TV; how advances and learnings from short-form channels like TikTok continue to inform engagement [...] 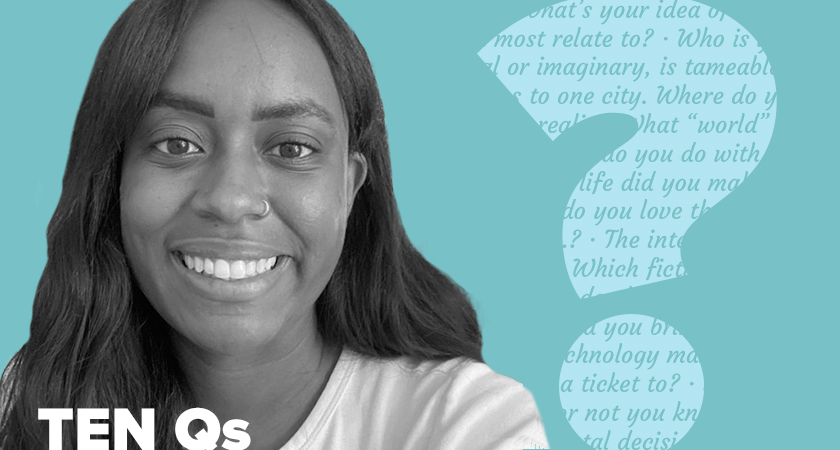