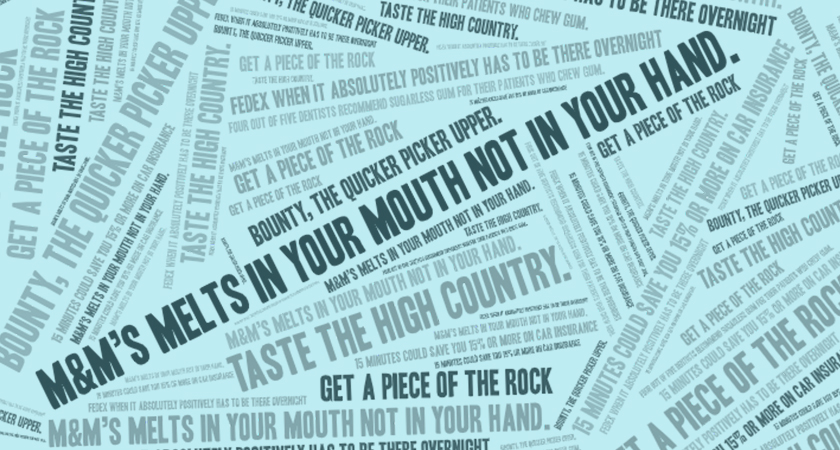 I’m not old enough to be Don Draper from Mad Men but I was inspired to enter the industry by the ad men of his generation. (To tell you the truth, it was Darrin Stephens of the TV show Bewitched and his boss Larry Tate—of the fictional McMann & Tate—that started my fascination with advertising.) My first job out of college was at Ted Bates, which wasn’t that far off from the Sterling Cooper agency in Mad Men. Ted Bates was a traditional, leading ad agency, and our secret sauce was capturing the Unique Selling Proposition (USP) for our clients’ brands and distilling it down to a memorable phrase. The agency pioneered the USP, and many others quickly adopted the concept and the phrase.

Rosser Reeves, the creative partner at Ted Bates in the 1950s, invented the USP and the television commercial and wrote the first best-selling book on advertising. To quote David Ogilvy, founder of Ogilvy & Mather, “Rosser taught me my trade. … and that the real purpose of advertising was to sell the product.” In fact, Ted and Rosser are widely acknowledged to be the models for Mad Men’s Don Draper and Roger Sterling.

Rosser also crafted one of the most iconic USP slogans of all time for M&Ms: “Melts in your mouth, not in your hand.” Other long-standing examples include “FedEx when it absolutely positively has to be there overnight” and “Bounty, the quicker picker upper.” Even though these brands have changed their advertising, these catchphrases are still part of our memory and culture because they were USPs that were created to build a strong brand association and sell the products. A USP explains the functional benefit of a product in a short, clever, almost mnemonic way that becomes synonymous with brands. While brand campaigns changed, their USPs would remain for years.

Advertising has evolved from the Ted Bates days (the company was sold to Saatchi & Saatchi in 1986), and the best thinking now is around human insights, brand values, and how customers can integrate a product into their lives. Despite this, I believe we have gotten too far from the concept of the USP. The phrase is still used in some ad agencies, yet when I recently asked colleagues and friends to recall the USPs for modern brands, many struggled. A quick Google search offers a lot of advice on how to identify a USP, and industry publications often list the best USPs of each year, but I disagree with most of their selections—the highlighted brands don’t set their offerings apart from competitors and they certainly don’t do it in a memorable way.

So, I called on some of my former Ted Bates colleagues to see what we all remembered about learning USP from the masters and if we could pull together a bit of advice from the old days that is just as relevant as ever.

By the time we got to Ted Bates, decades after Rosser Reeves, the USP was what the firm was known for. As my friend Gaye Markson, who has since left advertising for real estate, puts it: “The Unique Selling Proposition became Ted Bates’s USP. After Bates’s success using it, many agencies followed suit, but Bates continued to be the agency most associated with the concept and the term.”

When she was at Ted Bates, Gaye worked on Prudential Insurance. The agency created Prudential’s USP as being a solid, reliable insurance company and developed the tagline “Get a Piece of the Rock,” coupled with the illustrated visual mnemonic of the Rock of Gibraltar. Gaye also worked on Coors. Unlike other beers, it wasn’t pasteurized, which, at the time, prevented it from being distributed nationally. It was actually illegal to distribute it in many states, which gave it a mystique. “Beer was considered a parity product at the time,” Gaye explained, “but the Rocky Mountain spring water and the freshness that it conjured up differentiated Coors from others.” This USP inspired its tagline, “Taste the High Country.”

Shelley Diamond, another Ted Bates colleague who is now the CMO of UNICEF USA, remembers working on the Trident sugarless chewing gum and Certs breath mint accounts. “Our early discussions were very functional exercises, they were very much based on the product, even though many of the products might have the exact same proposition as some of their competitors.”  With Certs, they differentiated it with the “drop of Retsyn,” a recipe mixture of several ingredients that became its USP, and with Trident they went with the now classic “Four out of five dentists recommend sugarless gum for their patients who chew gum.” USP advertising, Shelley explained, is often grounded in some kind of an expert statement, whether it is from researchers, doctors, or even a fictional character like Madge the manicurist, portrayed by an actress for Palmolive dishwashing liquid.

We Lost the Thread

No one doubts that advertising has radically evolved since the heyday of Ted Bates and the USP. We no longer have one-way conversations with a captive audience. We are no longer limited to big media buys with only a few channels to reach customers, or long-term campaigns. We also have an extraordinary amount of data on the entire consumer journey that we can analyze in real time so we can adjust our marketing accordingly. But this does not mean that the USP is irrelevant. In fact, I believe that it means that we have to do it better than ever before. The average consumer is exposed to an estimated 6,000 to 10,000 brand messages a day—so it is very important that ours stands out.

Unfortunately, even those brands that are being promoted as having well-articulated USPs do not. As Gaye explained, “The USP is still very important because in order to sell a brand, you have to give consumers a reason why they should choose your brand over others. What’s most different now is that it’s rarely succinct enough or memorable enough to be used as a tagline.”

An article we recently read about taglines highlighted the insurance company Lemonade, Dollar Shave Club, and HelloFresh as having good USPs. But all of the alumni of Ted Bates agreed that these would never have passed muster under the scrutiny of Ted Bates management. HelloFresh, for example, tells us that it’s “America’s most popular meal kit,” but that’s so generic and certainly not enough to set it apart from its competitors. Lemonade tells us to “forget everything we know about insurance,” which is simple, but empty in what it says about the brand. In Gaye’s words:

“When I look at that, I don’t know how it’s different from other brands in the category except for its name, which is odd and perhaps even meaningless and confusing for an insurance company.” (In contrast, Geico has done a terrific job with its USP “15 minutes could save you 15% or more on car insurance” which has been incorporated into many of its successful ad campaigns for many years, and it never wears out.)

Another brand that is often cited as having a good USP is Warby Parker, the company that sells lower cost eyeglasses online and offers customers the chance to try on frames in their own home. In the case of Warby Parker, the USP is not their product—their glasses look like every other designer’s frames—it’s the business model. That works too. You can absolutely build a USP around a business model. But the company has yet to turn this into a tagline or phrase that we will always associate with the brand, which is a missed opportunity.

A current colleague of mine, Alissa Stakgold, President of Strategy & Creative Services, at Quigley-Simpson, said that she seldom hears the term USP these days, but the concept is still an important part of advertising, even if it is not clearly articulated. Alissa added that a USP is hard to execute well and the best ones come from breakthrough consumer insights. She pointed to recent work from Airbnb as a modern successful example: “Airbnb has tapped into whitespace by trading on what’s uniquely theirs. They’ve smartly married the consumer benefit of making memories that last a lifetime to a place, space, or setting that can only be made possible by hosts.”

Using USP in the Modern Age

For today’s brands, having a USP is needed now more than ever as consumers are brand-fickle and consider a multitude of brand options before making buying decisions. If you believe your brand has a USP and need to check if it truly stands out, or if you are developing one, keep in mind these simple principles:

In order to drive branding in a digital age, where share of mind and wallet are fierce, we need to break through the cacophony, clutter, and overabundance of messages consumers get every day. Doing this right means remembering certain fundamental lessons from the giants of the Mad Men era, even if the days of the three-martini lunch are long gone. 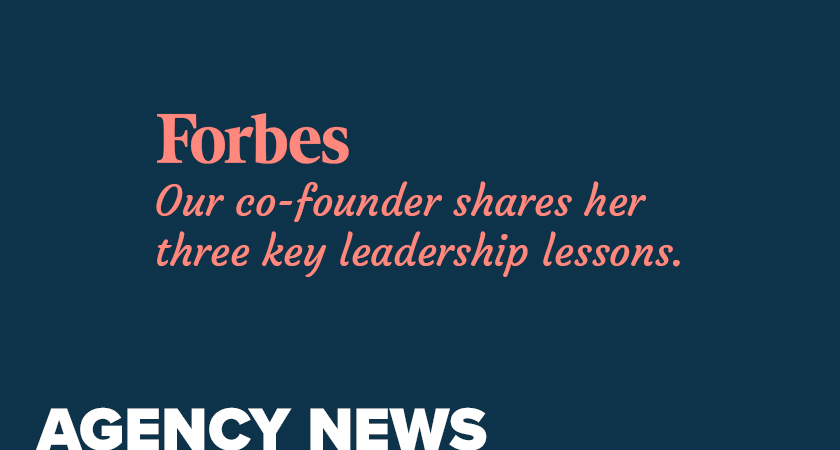 Forbes sits down with Renee for a look at her professional origins and the life-altering experience that influenced her purpose-driven leadership style [...] 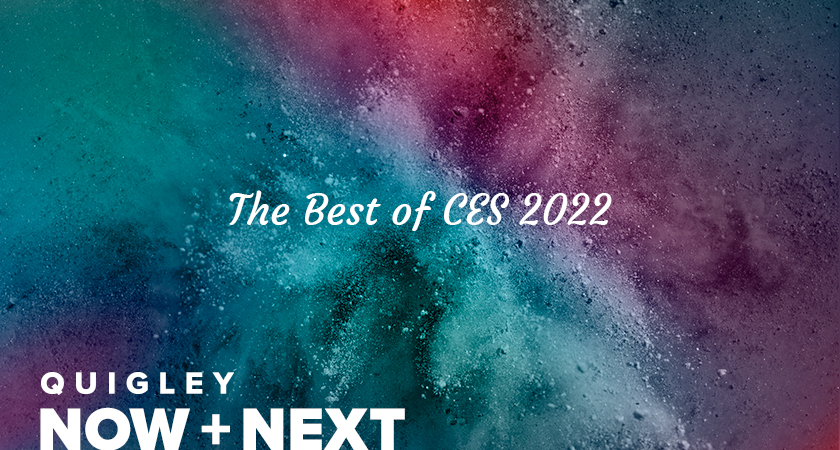 While the floors were more empty, the digital venues were packed with insights [...] 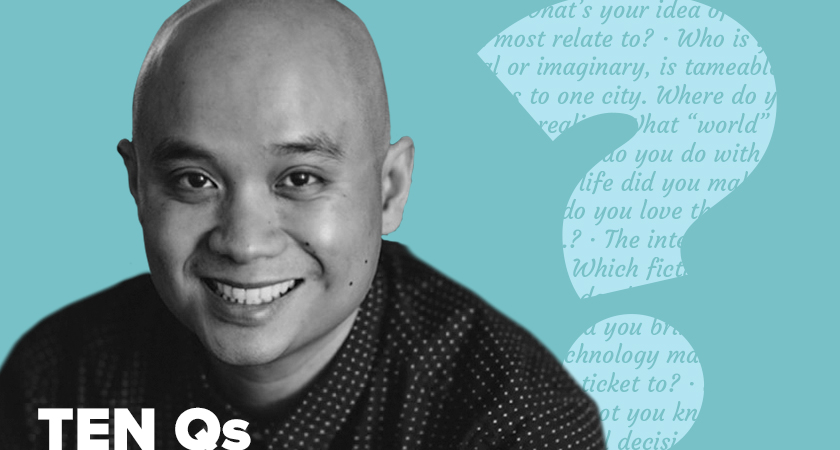